The 32 year old ban has finally met a judge with the fortitude to call it out for what it is...

Excerpts from the ruling:

Like the Swiss Army Knife, the popular AR-15 rifle is a perfect combination of home defense weapon and homeland defense equipment. Good for both home and battle, the AR-15 is the kind of versatile gun that lies at the intersection of the kinds of firearms protected under District of Columbia v. Heller, 554 U.S. 570 (2008) and United States v Miller, 307 U.S. 174 (1939). Yet, the State of California makes it a crime to have an AR15 type rifle. Therefore, this Court declares the California statutes to be unconstitutional.

This case is not about extraordinary weapons lying at the outer limits of Second Amendment protection. The banned “assault weapons” are not bazookas, howitzers, or machineguns. Those arms are dangerous and solely useful for military purposes. Instead, the firearms deemed “assault weapons” are fairly ordinary, popular, modern rifles. This is an average case about average guns used in average ways for average purposes. One is to be forgiven if one is persuaded by news media and others that the nation is awash with murderous AR-15 assault rifles. The facts, however, do not support this hyperbole, and facts matter.

1-- Federal Bureau of Investigation murder statistics do not track assault rifles, but they do show that killing by knife attack is far more common than murder by any kind of rifle. In California, murder by knife occurs seven times more often than murder by rifle. For example, according to F.B.I. statistics for 2019, California saw 252 people murdered with a knife, while 34 people were killed with some type of rifle – not necessarily an AR-15.
2-- A Californian is three times more likely to be murdered by an attacker’s bare hands, fists, or feet, than by his rifle.
3-- In 2018, the statistics were even more lopsided as California saw only 24 murders by some type of rifle.
4-- The same pattern can be observed across the nation.

The end of the road is here. AWCA fails intermediate scrutiny because it lacks a reasonable fit. It is a continuing failed experiment which does not achieve its objectives of preventing mass shootings or attacks on law enforcement officers. The evidence suggests it has made no difference at all.
Click to expand...

This ruling is impressive on so many grounds... not just because I agree with it, but the judge spent a good amount of time referring to just about anything that could be used on appeal, including a specific line of argument for why the Ninth Circus's normal approach to any 2A related law is flawed.

It's going to be widely quoted for many years to come. Can't wait to hear KC try to refute it.
Last edited: Jun 6, 2021
Reactions: La Li Lu Le Lo

Praise Jesus and pass the ammunition.

I really worry about this country. It was supposed to be made great "again", but instead it lost much of the greatness it had.
OP

Yeah, we suck so much we created the vaccine and ventilators that just saved millions of people worldwide....

eolesen said:
Yeah, we suck so much we created the vaccine and ventilators that just saved millions of people worldwide....
Click to expand...

OH...we have some great ideas. It's the people that dishearten me.

Look at the bright side, all those criminals that the left are releasing, carte blanche, now can get AR-15's at bars.

Where's Elvis when we need him?

Time to rock and roll.

Coming to a theater near you.

Criminals can’t help it, they just happen to steal guns that do violent things.

KCFlyer said:
I really worry about this country. It was supposed to be made great "again", but instead it lost much of the greatness it had.
Click to expand...

I see your video and I raise you a covfefe. With a nuke button. And a tweeter account.
OP

Biden doesn't even know about gas prices. They won't let him drive anymore.

He rides a bicycle. 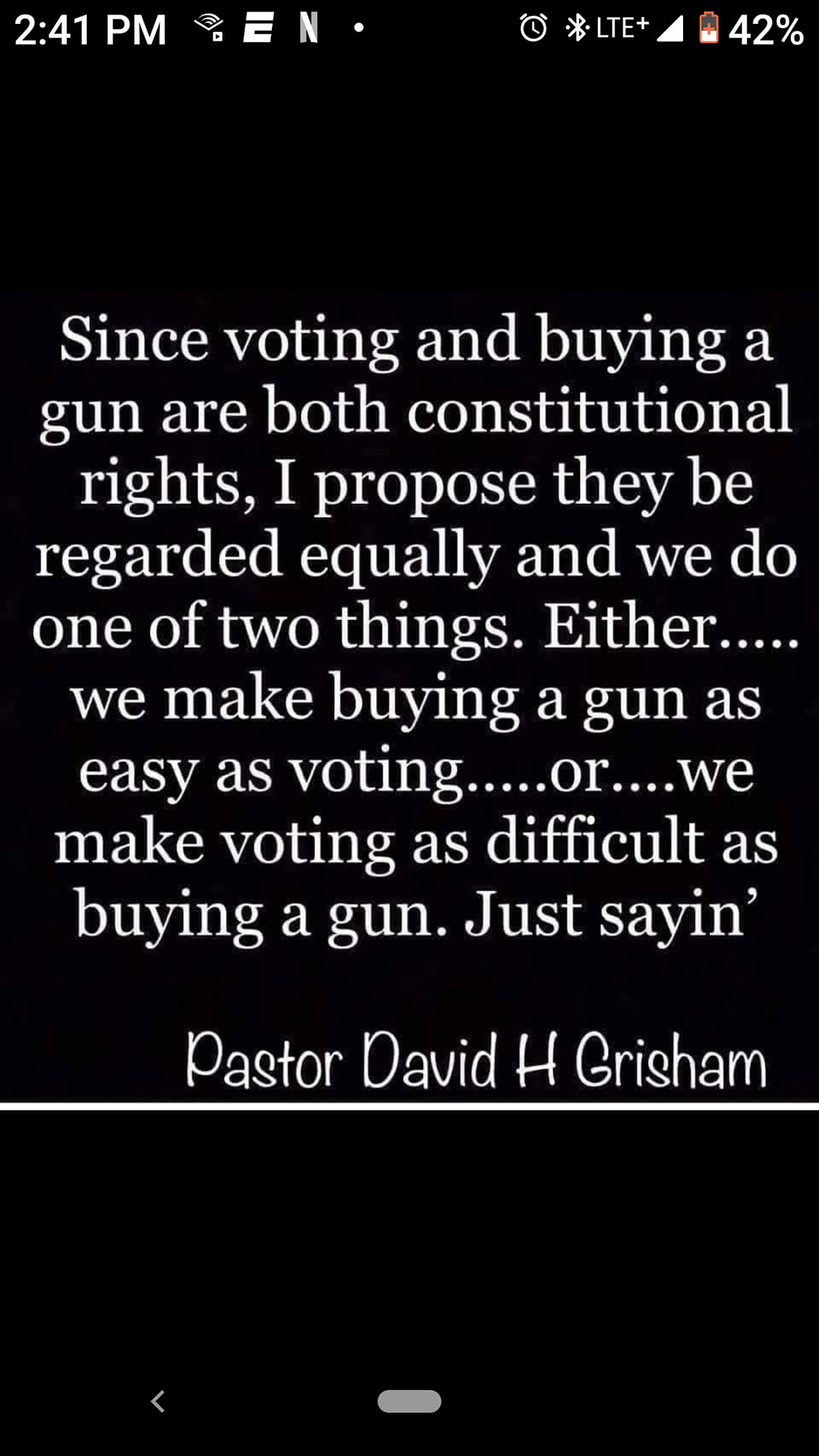