Sidebar
You are using an out of date browser. It may not display this or other websites correctly.
You should upgrade or use an alternative browser.
A

I have never had worse experience traveling then I most recently did with American Airlines. I was traveling from RDU to JFK. On Monday May 22nd headed to my destination my flight (AA 4641) was cancelled a few hours before on the day of, re-booked to a separate airport, and then delayed 4-5 times nearly making me miss my international flight. However, on my return flight home (AA 4344) on June 3rd my 3:00 pm flight halted on the runway due to faulty mechanics. We were returned to the gate, deplaned, and promised it would be a 20-30min fix. However, it was soon 4:30pm and we began to be concerned. Myself and several other passengers requested to be switched to a 5:00 pm JFK to RDU AA flight that had many empty seats. However, we were told we were not allowed to do so if we had checked luggage. The people who didn’t have checked luggage were told they would be charged a $300 change fee despite the fact it was AA plane that broke down. We were told the mechanics were working on the plane just to find out there was no mechanic yet and they had to bring a mechanic from La Guardia to JFK. After that dishonesty no one was able to update us on the progress of the plane for departure. `A total of 6 hours went by until we were told we could finally re-board. As we began heading for the runway again we were told the plane was experiencing mechanical difficulty and we would have to return to the gate and de-plane yet again after waiting 6 hours. I immediately went to the gates AA service center and requested to be on the next available flight from JFK to RDU. The AA gate professional then told me and the other passengers she could not re-book us yet because the flight had not been cancelled. How else would an entire plane full of people leave the plane and come back through the jet bridge? So after being on two broken planes and waiting 6 hours we now were told we had to wait for their system to update. I was then re-booked on an AA 7:30 am flight leaving June 4th. Due to this I very inconveniently was stuck in NY an additional day and had to wake up at 5:00am. I checked the status of my flight before heading to the airport and it was on time. However, when I arrived to the airport and got to my gate the flight was delayed until 10:00am with little to no warning. We were then told they were trying to put us on the same plane that had broken down twice the day prior. AA employees promised us the plane would be fixed by June 3rd but we would be on a different plane anyways. However, this was also untrue. The plane was still broken and the 7:30am flight was the same broken plane from the day before. After having to be re-booked yet again we were told the only available flights were not even at JFK that we would have to fly out of La Guardia if we wanted to get home.
The most ridiculous part of this experience is that AA had the opportunity to switch me and the other passengers to the 5:00pm JFK to RDU flight the day of our original flight with empty seats and would have even saved themselves money. Instead, I needed to get my luggage again, switch airports, check my bags again, and go through security again. However, as I waited yet again for my luggage at baggage claim it never came. I spoke to several AA staff that had various contradicting reasons as to why my bags and everyone else’s were not on the carousel yet. I waited so long I had to leave or else I would have missed my La Guardia flight. I was promised by AA staff in baggage services my bags would be at RDU when I arrived. However, after finally arriving at RDU my bag was not on the carousel. I then had to go speak to AA staff in baggage services a 4th time, only to be told my bags were still in NY and I may or may not receive them June 4th. I gave very specific details about my bright red, hard shell bag to AA staff member N. Smith only later to log on to my missing baggage file number to see the color, size, and description were all inaccurate.
In response to all of this chaos, AA staff member’s lack of professionalism, blatant disregard of incident reports, lost luggage, lost time, lies, and extreme inconvenience of altered plans, flights, and airports I do not feel my ticket price was representative of the quality of service AA advertises to their customers.

Sorry to hear your tale of woe, but be aware that customer service topics here won't be addressed by anyone of importance. People here mostly discuss employee union issues and internal politics, and nobody from AA management pays any attention.

eolesen said:
Sorry to hear your tale of woe, but be aware that customer service topics here won't be addressed by anyone of importance. People here mostly discuss employee union issues and internal politics, and nobody from AA management pays any attention.
Click to expand...

Whats worse is you took the time and effort to count them.

Albert said:
Whats worse is you took the time and effort to count them.
Click to expand...

5 seconds you'll never get back

Albert said:
5 seconds you'll never get back
Click to expand...

Yet you wasted an hour trying to think of something to say.
You will never get that back.

Yet you wasted an hour trying to think of something to say.
You will never get that back. 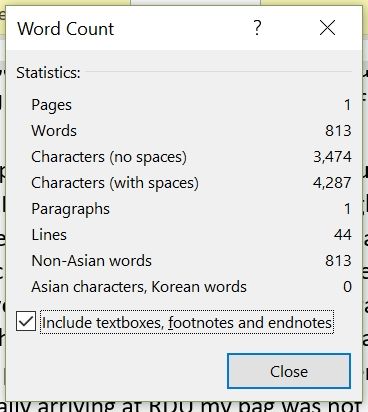 If anyone had to do a thesis or a report, word count is very important.
Just saying...
Reactions: AA-MRO.COM

Albert said:
Annoying you is never a waste of time I think i'll fish around and give you some reds
Click to expand...

Do what you can little boy.
LOL..
You must log in or register to reply here.

The blackhole that is American Airlines:

Another Shining Moment in PHL Today.