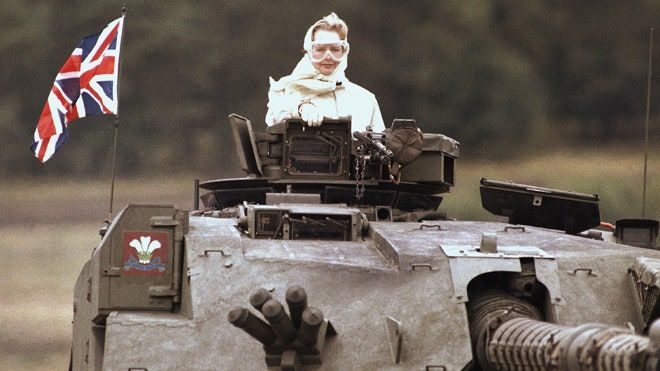 Margaret Thatcher through the years

Maggie was tough as nails......world needs more like Her.

The greatest memory for me was when the British equivalent of libtards protested that the US was gonna go deliver a present to Khadafi and they didn't want the aircraft to launch from their tea-sipping shores. She put them in their place and told them that the United States has a right to defend its interests...in other words STFU!!! We crossed Ghadafi's line of death and bombed his compound.
You must log in or register to reply here.