This is about the recent actions in Kenosha. This is still unfolding. Do you think voters in any of the other areas enduring these acts of destruction and lawlessness see it any differently?


Democrats Are Freaking Out, And They Should Be

The New York Times ran an article Wednesday about how voters in Wisconsin are responding to the riots by switching their support to Donald Trump. This is a very strange thing to see in the progressive Gray Lady. Anybody who follows the paper and its politics closely knows exactly what is happening here. It is a desperate plea to Democrats to change their tune on the violence sweeping across American cities.
Click to expand...

The Democrats and some of their stalwart media allies are clearly attempting a major course correction here, but they have a problem. It’s not just that changing their tune on wanton destruction at this late hour is transparently political — a point Don Lemon blurted out on TV this week telling Chris Cuomo that it’s showing up in the polls and in focus groups — it’s that not everyone on the left is on board with the shift.
Click to expand...

Just last night, as the party of Jefferson and Jackson was trying to get tougher on these criminals, MSNBC anchor Rachel Maddow had a guest come on to present a “reality check” against South Dakota Gov. Kristi Noem’s convention speech, which was firmly fixed on the riots. That guest? Seattle Mayor Jenny Durkan. Yes, that Jenny Durkan, the one who said the occupied CHAZ zone in her city would usher in a “summer of love.” It did not. In fact, murder occurred there before it was forcibly shut down.

Durkan told Maddow essentially that everything is fine. Don’t believe all those images of fires and broken glass, stealing and shooting, people being harassed at restaurants, and police being cursed at by over privileged young white women who have no idea what they are talking about, just trust Mayor Jenny.

CNN went one better. Covering the “protests” in Kenosha, Wisconsin this week they had a reporter standing in front of a raging fire with a chryon below him that read “Fiery But Mostly Peaceful Protests After Police Shooting.” This is literally an internet meme about people pretending everything is fine while in a burning building.
Click to expand...

This is a very big problem for the Democrats who got no bounce from their Zoom convention or picking Kamala Harris as Biden’s running mate. And while polls, what few polls there are have been, are steady, there are warning signs as Trump’s approval ratings are increasing and his convention is garnering praise.
Click to expand...

Sometimes in politics you can smell fear, and that odor is plainly wafting all around the Biden campaign.
Click to expand... 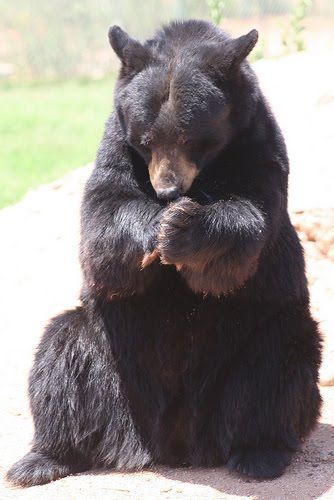 I think Dems are waking up to the reality that there's a silent majority in the ideological middle who might not like the way Trump talks, but also have zero patience for riots and cities burning or the notion of neutering the police.
OP

I have an idea the voters aren't going to be swayed by left MSM suddenly singing their song after almost four months of this.
It's obvious they think the voters are stupid.

Dog Wonder said:
All in favor of 17 year old vigilantes on the street, shoot somebody.
Click to expand...

There were two 17 year-old vigilantes?
OP

Dog Wonder said:
All in favor of 17 year old vigilantes on the street, shoot somebody.
Click to expand...

Trying to take the gun from him after he shot some one else.

Everyone who protests should be arrested?
OP

Dog Wonder said:
Trying to take the gun from him after he shot some one else.
Click to expand...

Who threw a molotov at him.
OP

Dog Wonder said:
Everyone who protests should be arrested?
Click to expand...

we need to outlaw "assault skateboards"