More than Sad the country has come to this! Volunteers do what Biden refused to do!

Looks like Kamala isn't the only one with staff issues.

In the first year of the Biden White House, comradery has been fleeting and many teams are suffering from low morale, according to several White House officials.
The result: many White House aides are feeling gloomy this holiday season, so much so that they anonymously fumed to West Wing Playbook in the hope it may alert senior leaders to the problem.
Many are also currently eyeing the exits, creating the potential for higher-than-usual turnover at the beginning of the year, when aides feel they’ve been in the job long enough that it won’t look odd to depart.
“A lot of the natural coordination that happens in a typically functioning White House has been lost, and there has been no proactive effort to make up for it through intentional team building,” said one White House official.
Working at the White House may be a unique gig. But like many other employers, staffers there are experiencing their fair share of burnout . . .
Some staffers say it’s the result of an insular, top-heavy White House of longtime Biden aides who are distant from much of the staff — “no new friends in Biden world,” goes the refrain. And others say it’s just poor management.
Click to expand... 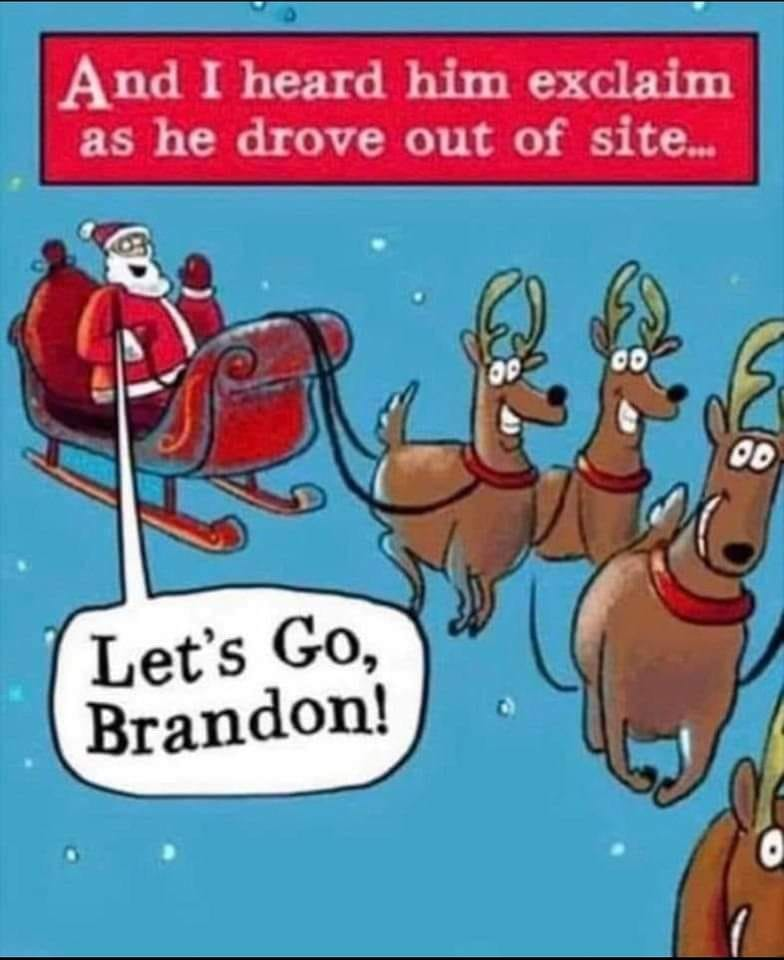 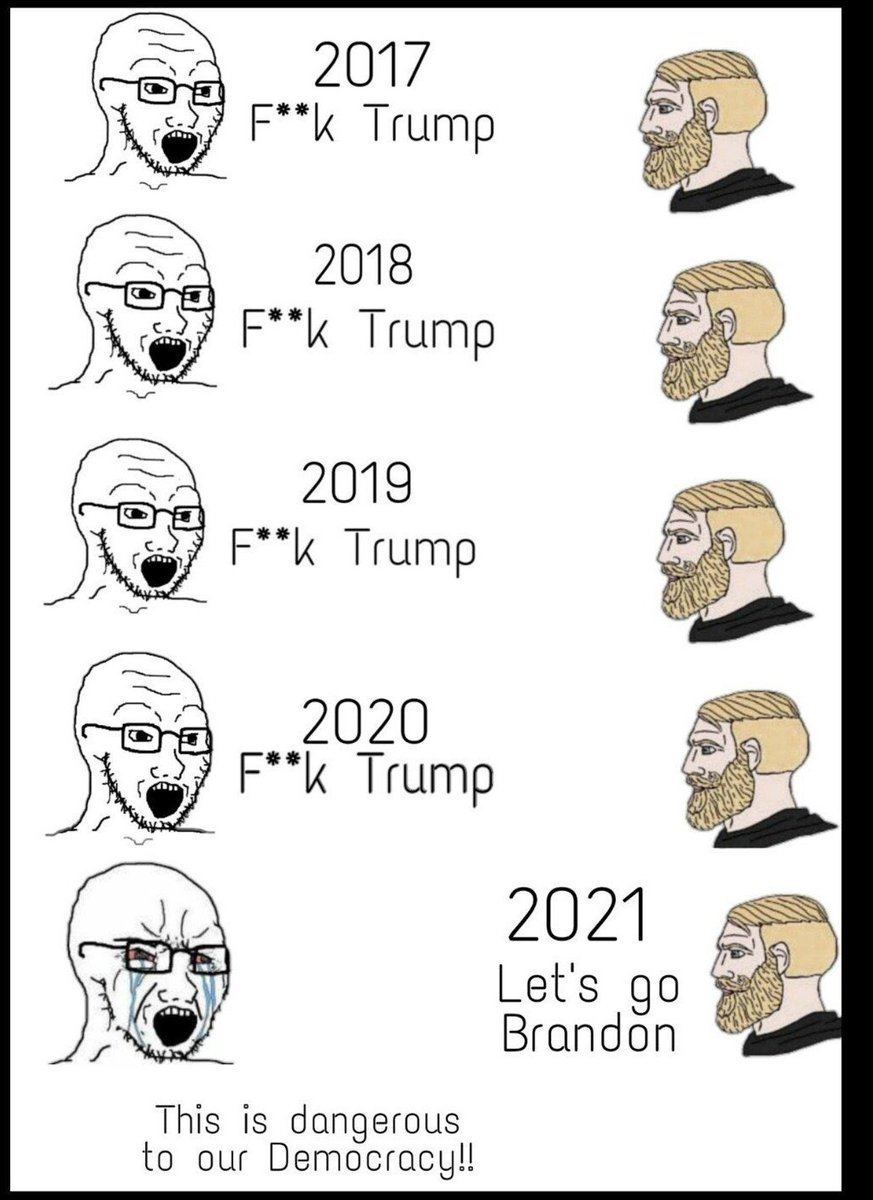 Saying another 5% coming this spring.
OP

In all their zeal to destroy this fellow, the left may have created their own monster.

The Oregon parent who said "Let's go, Brandon" at the end of his NORAD Santa tracker call with President Joe Biden on Christmas Eve did not rule out the possibility of a run for office during a Tuesday interview.
Click to expand...

Host Todd Starnes said that Schmeck would likely "be invited to a certain place in Florida" if he were to run for office, referring to former President Donald Trump's Mar-a-Lago resort.

"I would be honored," Schmeck responded.
Click to expand... 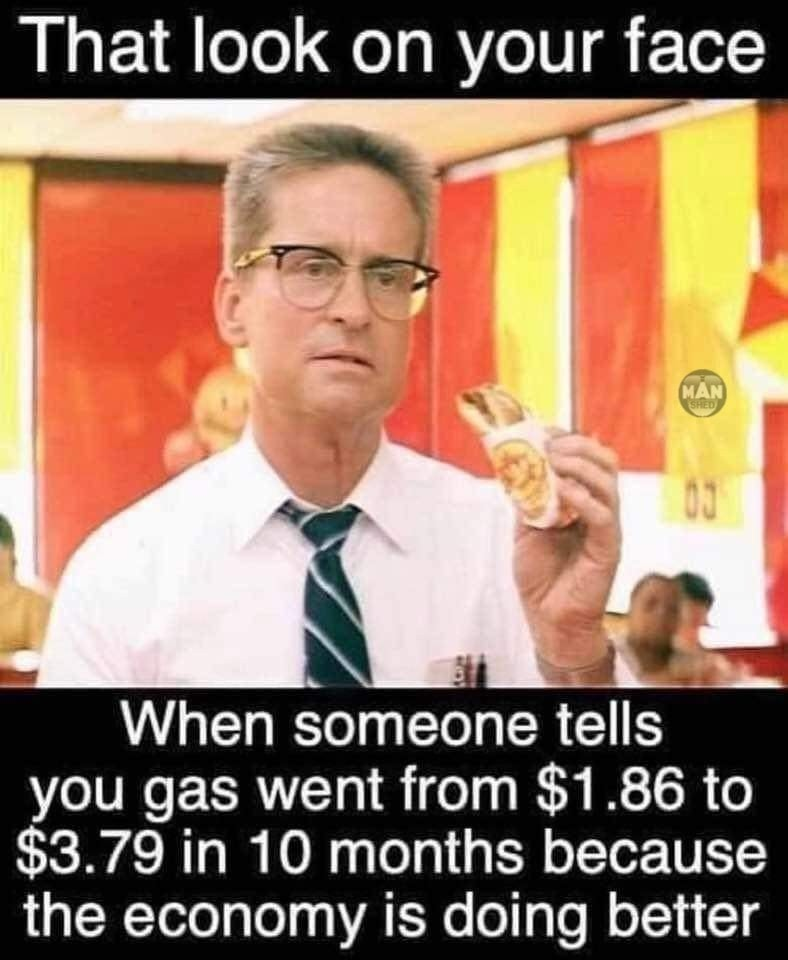 You ever hear of supply/demand? Have you read anything about oil producers?

P. REZ said:
You ever hear of supply/demand? Have you read anything about oil producers?
Click to expand...

COVID crushed oil because there was no demand. Now, demand is through the roof and OPEC and American drillers are keeping supply low and concentrating on profits. Pick any of the American drillers and read latest earnings calls, etc. But let me guess, you will claim Keystone pipeline, etc.?
OP

P. REZ said:
COVID crushed oil because there was no demand. Now, demand is through the roof and OPEC and American drillers are keeping supply low and concentrating on profits. Pick any of the American drillers and read latest earnings calls, etc. But let me guess, you will claim Keystone pipeline, etc.?
Click to expand...

So Biden asked Opec to increase production......why didn't he ask US oil?

He did per Reuters in October. The bigger question, why won’t they?
You must log in or register to reply here.