Maybe the third round threat will deter United from outsourcing catering, at least until Sep 2021.
Isn't most airline caterers from a contract company? I didn't realize airlines were still using their own in house.
Hopefully with the third round still in the gov hands will hold them off for a little while longer.

A group of U.S. lawmakers is demanding that airlines refrain from outsourcing jobs if they want to be eligible for a third round of federal payroll aid, after learning that United Airlines has sought bids to outsource catering work at five airports. Around two dozen members of U.S. Congress...

United's a unique case -- before the merger, CO still had the Chelsea Food Services subsidiary with kitchens at EWR, IAH, CLE, HNL and DEN, while UA had outsourced its catering entirely about 15-20 years ago. They maintained "status quo ante bellum", but now that the merger is almost ten years old, I'm guessing it's time to consolidate the last remaining outliers between pre-merger CO and pre-merger UA.

If I recall, the CARES language required airlines to maintain 90% of their March 2020 headcount. The news article mentions union leadership calling on the "spirit of the bill" which implies to me they know there's room for UA to make this change while still being in compliance with the letter of the law. With all the early outs taken in various workgroups plus normal attrition over the last year, it's entirely possible they could close the kitchens and still hit that 90% target.

All speculation... I don't know the specifics and nobody I know at UA has told me otherwise.
Last edited: May 6, 2021
OP
S

Yes. I was mainly talking about airlines that were or are serving food and or meals. SWA just throws snacks out.

True, but the bulk of what goes in an aircraft galley these days seems to be shelf stable snacks, ice, canned drinks, and liquor. The days of needing a domestic kitchen are long gone.
N

eolesen said:
True, but the bulk of what goes in an aircraft galley these days seems to be shelf stable snacks, ice, canned drinks, and liquor. The days of needing a domestic kitchen are long gone.
Click to expand...

Try selling that shite' to LUFTHANSA !

Guessing you missed the key word DOMESTIC..... Last time I checked, LH didn't fly within the US.

Even they don't run their own kitchens as part of the airline. LSG Sky Chefs is a subsidiary of Lufthansa Group, which owns both the airline and the catering company amongst others...

And..... using a sister company or subsidiary is still considered outsourcing by the unions these days.
T

I was surprised about this move, but figured it was going to happen. UA Food Service (the new name for Chelsea) was just brought into the Airport Operations group for almost two years ago. Chelsea was always outside Operations, and was kept separate. They are now wearing new uniforms just like the rest of us, so I thought they weren't going anywhere. But I know many people came over from Chelsea to the ramp, since they were part of the airline, and could come over when openings happened, before they out to the street for help. They kept their Company seniority, but started at the Occupational Seniority - the bottom of the list. This was a upward progression, since the pay at Chelsea was so low. Many people who worked there, like the drivers, weren't getting paid, and the kitchen people even lower. The smart people who were able to get out of there and join mainline in some capacity.

I suspect that this has happened for two reasons: 1. Because they voted and joined UNITE. The company won't even honor their first contract. They wanted more money (some people was there for many years and was making ridiculously low money), and I think the UA wanted to cut them loose, but they are a big operation in the hubs with large kitchens and fleet of vehicles. Not that easy to do, but with the present situation, an opening appeared. 2. With the lack of International flights, and the cuts in Domestic service, there isn't much use for full meal service. So this will be a money saver and take people off the payroll. Who will get them? They just now put out the RFP. I know know that some of the drivers will try to get to mainline when there are openings, since they have credentials and can keep some sort of seniority (Company) and benefits. They will lose all of that by joining a vendor. The managers of course will still be mainline to oversee the operation (just like they do in Cargo) LSG Sky Chefs is doing most of the work elsewhere. You also have Gate Gourmet, which is large in my hub. Those are the biggest two.
OP
S

Looks like it's official now. United to outsource catering is a done deal apparently. They will outsource come October when all restrictions from the payroll assistance come to an end.
Pretty sure they knew this 6 months ago and was just waiting for the gov restrictions to finally sunset so they can move forward with the outsourcing and not miss out on any $$$... 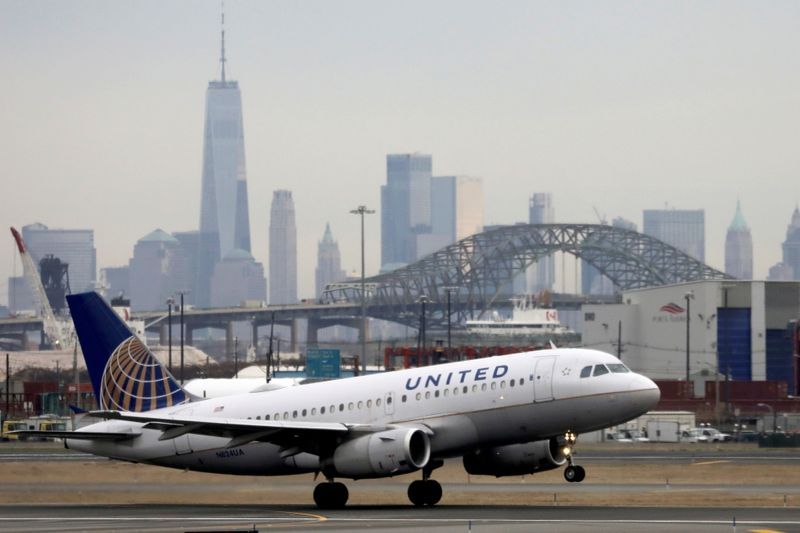 United said it has selected three suppliers to operate the airline's five kitchens and oversee menu design and administration. "We wanted to proceed in a way that allowed us to protect the vast majority of jobs for our United catering team members, and invest in solutions that significantly...

Well, those who got SIDA credentials (drivers) or other workers can transfer into the ramp (to keep some sort of seniority - Company; boarding; vacation) while the hiring is starting back up. (They will have preferential hiring before going to the street for new hires) Once the transition is done, they will lose everything with the new company., as they will not be United employees anymore. A lot of people did this before, and I can figure it will happen again, since we are hiring, or will be. They will have a culture shock, if you have never done any hard work, but the job is not a bad one.

Gate Gourmet will be the operator in my hub, along with DEN and HNL.
Reactions: swamt

Active SIDA credentials aren't the determining factor, but passing the TSA/SIDA background checks certainly is. It's possible some people were able to work the kitchens who wouldn't otherwise pass the full TSA background check (no idea if that's the case or not -- many airlines don't put off-airport people thru TSA checks).
T

I'm not sure about the warehouse / kitchen workers. They do not work or go outside to the ramp area, so more than likely they will have to go thru the necessary checks, etc. to receive SIDA, but as far as the drivers, (I know in my location), that the requirements are the same for anyone who works planeside. Especially if you drive. Most of the people that I know who transferred in were drivers.
You must log in or register to reply here.

S
United follows thru with threat

U
Small Airlines Oppose Plan For U.s. Aid To United