American Airlines makes a move to dominate at LAX

Sidebar
You are using an out of date browser. It may not display this or other websites correctly.
You should upgrade or use an alternative browser.
F


Did APFA also bother to note that AA had the highest RASM DECLINE in Latin America in the last quarter of any US airline in any region for a very long time?

Perhaps you can tell us why APFA cares about the size of their employer in a particular region. is it supposed to translate into higher pay?

It would seem that the biggest concern any union should have is whether they are delivering the highest pay and the greatest increases in it to their members. Are they doing that?
Click to expand... 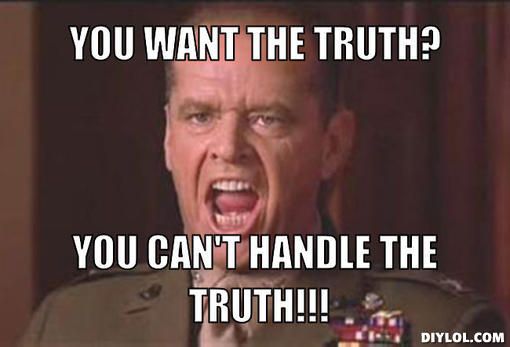 no, you forgot to answer the question as to what AA's size in any region does for AA employees?

And go look at page 20 on this and you will see DL is cutting back in Asia:

700UW said:
And go look at page 20 on this and you will see DL is cutting back in Asia:

Delta, circa this morning (page 31, emphasis mine):

Hmmm ... perhaps Delta knows something that "certain" other individuals do not?
Reactions: 3 people

as to Asia, DL said this months ago. Where were you?

And DL's capacity cuts are coming largely from beyond NRT capacity.

what you cannot admit is that DL is not losing its position in the US - Japan market or the Japan beach markets and DL is also profitable.

AA should be so lucky.

As for LAX, DL still has the ability add more capacity. and it still doesn't change that even if AA got every gate that they could at LAX, they still won't gain any sort of dominance because the markets such as into ATL in which they will add service are markets where other carriers are far larger and always will be - which means AA will have the same revenue disadvantage - 25% that it had from ATL-LGA.
Reactions: 1 person
M

WorldTraveler said:
no, by next June, AA will have just 37% of capacity operated just by AA, B6, DL, UA, and WN to Latin America.

back to math class for you.
Click to expand...

The Caribbean isn't in Latin America.

back to geography class for you.
Reactions: 6 people
C

back to geography class for you.
Click to expand...

I'd consider Caribbean part of Latin America - at least by DOT/airline terms.  I guess I was confused - so I believe AA is pretty much as big as Delta and United combined to Latin America.  So in network airline terms - domination, just like United to Asia.  But the larger point is the same - among U.S. carriers, Delta dominates traffic to no international region (except perhaps Africa) and dominates no major U.S. domestic markets except the fortress hubs - and thus, as said, Delta today essentially has no discernible network advantage over AA or United.
Reactions: 4 people

among ALL US airlines, AA has only about 1/3 of capacity - and that doesn't even consider foreign carriers.

and I didn't start a thread with a title that DL dominated traffic to any region.

and, you have yet to answer the question of what AA's size has done for its employees - and for that matter its investors.

you do recall that AA had the largest RASM decline in Latin America that any airline has had in any region in a very long time.

so what has that dominance gotten AA? that isn't really dominance.

and why is AA's RASM performance so far below DL and WN's?

Timely ... courtesy of Aviation Week this morning (emphasis mine):

"Los Angeles remain a key facet of Delta’s West Coast long-haul strategy, especially for flying to Hawaii and the South Pacific, but Hauenstein said the airline is nearly out of gates at Terminals 5 and 6, so future growth will be limited.

That might have been different had Delta been able to take over the lease on four gates at Los Angeles International Airport that United Airlines no longer needed. But those gates at Terminal 6 ended up going to American Airlines, which began using them last month, mostly for US Airways flights."

Appears to confirm what many of us have been suggesting for months - Delta is reaching the practical limits of its expansion potential at LAX, which is going to give AA the opportunity, if it so chooses, to begin creating meaningful distance between itself and competitors based on its substantial gate/access advantage.
Reactions: 7 people

and nowhere have I ever said that DL had an unlimited amount of growth. I have long agreed.

what you can't accept is that all the gates in the world won't help AA win anything if the only markets they can start are where other carriers are already strong.

and that is the nature of LAX.

There simply is little that AA can do without stepping on someone's toes.

If AA decides to step on someone else's toes even at LAX, they will see more flights added elsewhere or in the case of foreign airlines just watch their yields be decreased.

to think that AA is going to succeed because they have a bunch of gates at an airport where other carriers still have very strong markets is foolish.

you also conveniently cut out the part where Hauenstein said that LAX is very profitable for DL.

with AA's losses on JFK-LAX, and LAX to Asia, AA simply cannot make that statement.

Where did you find information that AA isn't profitable on JFK-LAX? Lol!
Reactions: 1 person
F

AdAstraPerAspera said:
Where did you find information that AA isn't profitable on JFK-LAX? Lol!
Click to expand...

In his (day) dreams?
More likely he made it up hoping that if nobody notices and he repeats it often enough it will be true.
Reactions: 4 people

Where did you find information that AA isn't profitable on JFK-LAX? Lol!
Click to expand...

despite what you want to believe, AA was losing its shorts and shirts on JFK-LAX with the 762s.

problem is that they decided to throw out the customers in pursuit of a low cost option.
F

WorldTraveler said:
uh... the fact that dumped 40% of the capacity?

despite what you want to believe, AA was losing its shorts and shirts on JFK-LAX with the 762s.

AA did not dump 40% of the capacity.
You fabricated these numbers before, got caught, yet are repeating it again.
Ofcourse you've never let facts get in the way of a gooDL narrative.

BTW:  if AA with its higher yields on JFK-LAX is losing money (shorts and shirts), then what is happening to DL with their lower yields?  I thought for profit companies aren't supposed to operate money losing routes?  Certainly not DL.  Stockholder of DL should be outraged!!!  With your logic, with the weakening yen  DL will not be able to subsidize the losses it incurs on JFK-LAX and might be forced to exit the market and just stick to connecting all fligths via ATL ... ... ..
Reactions: 2 people
You must log in or register to reply here.