Sidebar
You are using an out of date browser. It may not display this or other websites correctly.
You should upgrade or use an alternative browser.
J

I see the flight attendants are making professional victims of themselves again.

Let's look at the requirements for a flight attendant shall we?

• High school diploma or GED equivalent required
• College education or two years' customer service experience preferred
• Prior airline experience is not required
• Must be at least 20 years of age
• Must be in possession of a valid US or Foreign Passport with applicable VISAs
• Must possess the legal right to travel unrestricted to/from all countries that are served by American Airlines
• Travel documents must remain valid throughout all phases of training and employment
• Must have the right to work in the United States
• Must be willing to work any shifts including nights, weekends and holidays.

Flight attendants make an obscene amount of money for the training and educational requirements of their job (training PAID for by the company at that). Maybe they should consider that before complaining they are "discriminated" against.

I think you all should just quit and let them rotate young beautiful woman through the position like they did in the old days (see pics below). Yes, that will show the company. I am sure the public much rather deal with a bitter 30 year veteran who goes to work everyday feeling like a victim over an attractive, energetic, and joyful young woman.

Flight attendants love to point out they have to be trained to administer medical care and perform flight evacuation to justify their inflated paychecks. Big deal. 99 percent of your career you're onboarding and serving tiny drinks and bags of pretzels. Paramedics deal with life and death on a daily basis and make far less than you do.

Let me give you a tip. Noone gives a crap if you feel "discriminated" against when you make that kind of money and have those kind of benefits serving soda and pretzels. 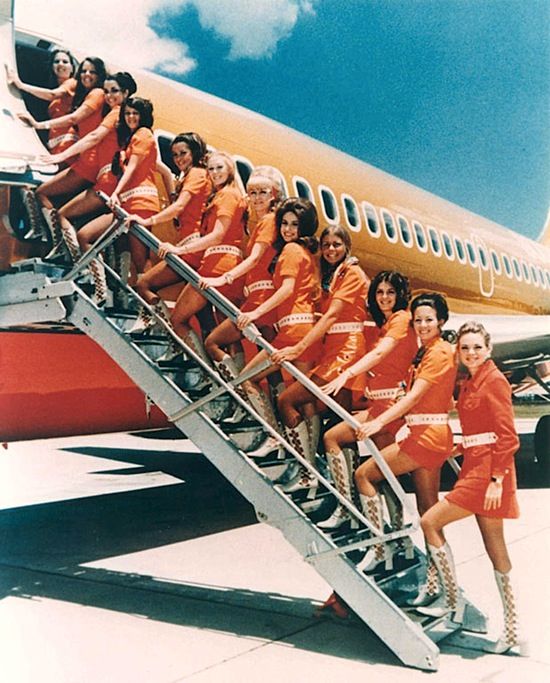 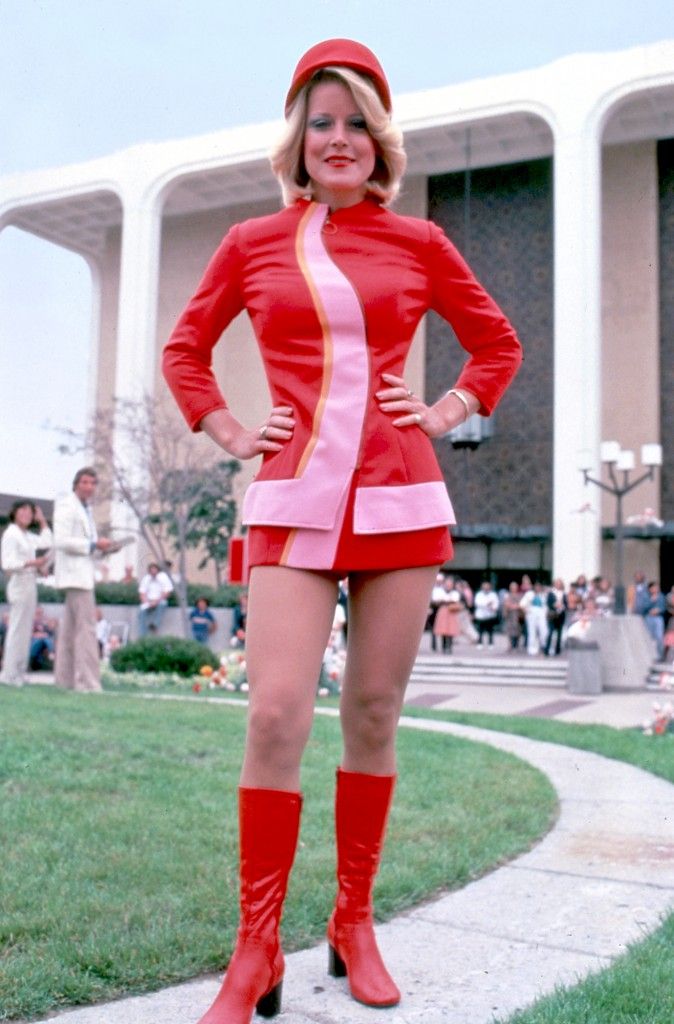 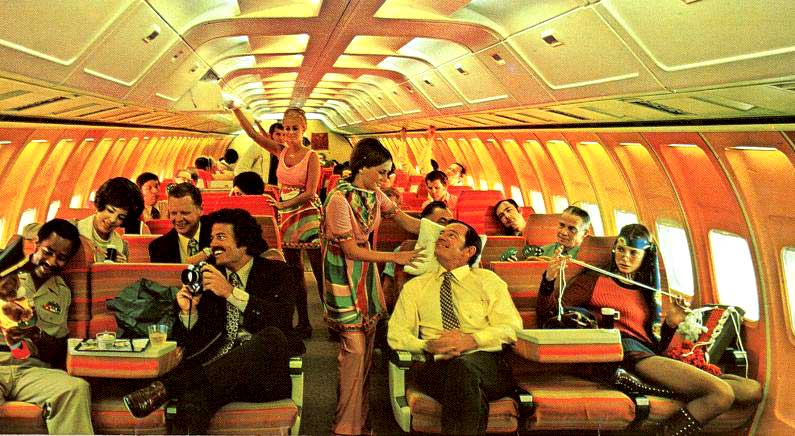 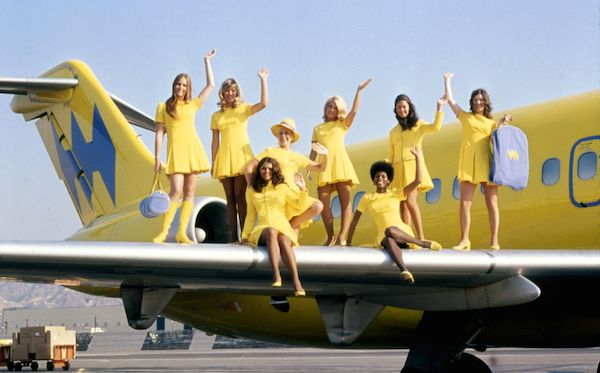 We can start doing it the way foreign airlines do it. Rotate young, beautiful, woman who provide cheap labor and better service. 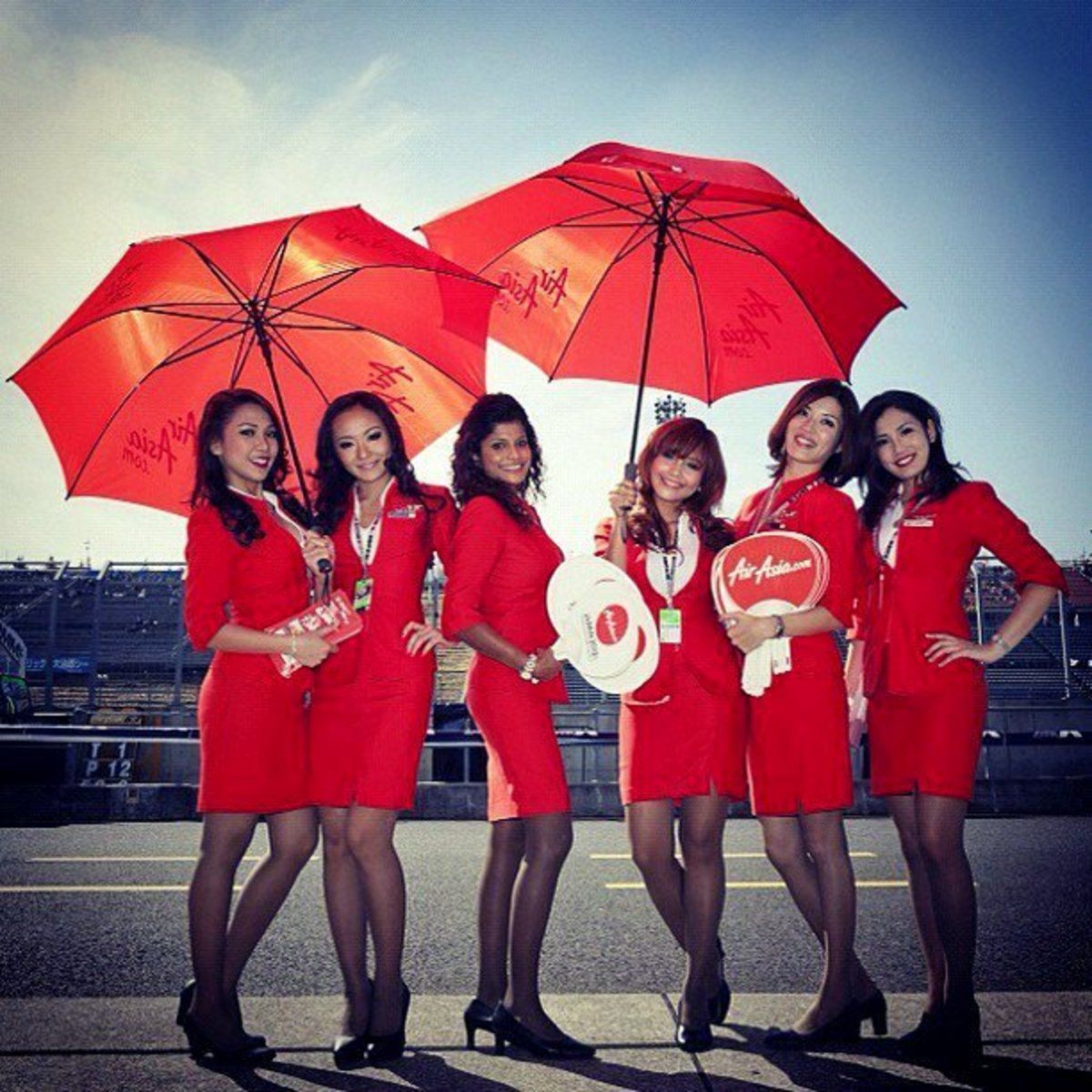 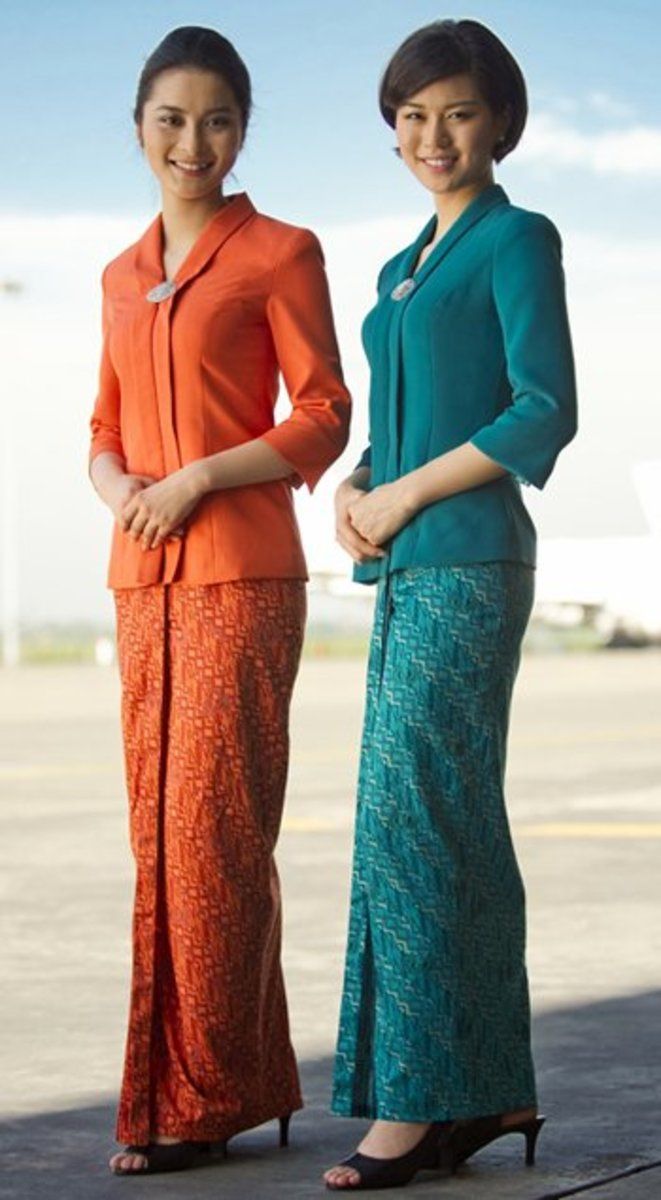 Tell me more about the "discrimination" you have to endure. Because I and the rest of America, many of who have to slog through a low paying no benefit job, really care. No really. We REALLY do.
Last edited: Feb 24, 2019

That is EXACTLY what that was.

I was trying to prove a point.

Look I am sure the attendance policy is unfair. It is unfair the mechanics only get half pay for using sick time while fleet is paid for the whole day.

But to say the attendance policy is gender driven...... that is just absurd.

Frankly I am getting tired of "identity politics".

You can be offended that is fine. I am offended a group that wishes the public to regard them as professional is lowering themselves to using "gender politics" to push their agenda instead of having their UNION take their grievances to the negotiating table.

Do you honestly believe the sick policy is gender driven Kev?

Bitter, party of one, you're table's ready. Too bad the FAs have a union that will actually do something for them, and you have bupkus.

I believe it is in the contract that they signed.

It maybe a USAir company policy, but it is a union contractual issue. Reading through the Flight attendants contract, I see they overlooked this issue. You can bet they won't overlook it in the next one. They will have to live with it until the next one.
R

jimntx said:
Bitter, party of one, you're table's ready. Too bad the FAs have a union that will actually do something for them, and you have bupkus.
Click to expand...

OptimusPrime said:
Flight Attendants are trained safety specialists and now are certified by the FAA. And they don’t make high wages till they top out.
Click to expand...

The sick policy is not, nor has it ever been, part of the CBA. (That I know of. I was a flight attendant only from 2000 until 2017.) The company has modified the existing policy to cause flight attendants to progress through the system faster and be eligible to be terminated. Where the CBA comes in is at the end. The CBA says that a Flight attendant must be given an arbitrated hearing before termination regardless of reason. The company and the union have agreed to binding arbitration. Regardless of what the arbitrator decides, the other side can not contest it.

I agree it's kind of a thin argument, but it might work. You just never know what the arbitrator will decide.
Last edited: Feb 25, 2019

jimntx said:
Bitter, party of one, you're table's ready. Too bad the FAs have a union that will actually do something for them, and you have bupkus.
Click to expand...

Was that directed toward me?

I am not bitter. I was in Fleet Service. I had the better sick policy.

I don't have a UNION now. However I do have 9 holidays and 5 weeks of vacation. I don't have to work my holidays and I don't have to bid vacation time. I actually get to use my vacation when I please, not get the crumbs left over due to being low/mid seniority. On top of all that I get to work from home. Not to mention I make more money than I ever did at American Airlines.

Why would I be bitter?

It sounds to me like the flight attendants are the ones who are bitter.

Before you accuse someone of being bitter maybe you should know their situation.


OptimusPrime said:
and now are certified by the FAA.
Click to expand...

At the companies expense.


OptimusPrime said:
And they don’t make high wages till they top out.
Click to expand...

Predefined step raises are the price you pay for belonging to a UNION. Merit, talent, and ambition have no place, only seniority.

jimntx said:
I agree it's kind of a thin argument, but it might work.
Click to expand...

It is not only a thin argument, it is shameful.
OP
J

Optimus Primus, Leely Lally (or whatever) has his mind made up. Please do not attempt to confuse him with facts.
You must log in or register to reply here.