Is AMFA involved in Politcs?

Sidebar
You are using an out of date browser. It may not display this or other websites correctly.
You should upgrade or use an alternative browser.
R

Is AMFA involved in Politics?
The AMFA typically takes no position on political issues. It is the policy of the association to negotiate contracts and not to dictate politics to its members.

Under the AMFA structure, if employees feel certain political issues are in their collective best interest, then they are free to make those issues priorities in the negotiations. When the collective agrees on their policy, they are free to move forward without obstruction or union interference.
Consequently, and in the interest of protecting the democratic nature of the constitution, the AMFA will not take a stand in an attempt to overpower or influence employees for or against issues that should be decided at a grassroots level. This, in turn, keeps the representational duties focused on contract negotiations as opposed to forwarding a preset political agenda.
​
A simple analogy is a lawyer / client relationship. A lawyer will represent your interests, but, as an ethical matter, not tell you what those interests should be.
​
OP
R

[SIZE= 20pt]About AMFA[/SIZE]
Overview... The Aircraft Mechanics Fraternal Association is a craft oriented, independent aviation union. It is not an industrial union and represents only airline technicians and related employees in the craft or class in accordance with the National Mediation Board Rules and their dictates. AMFA is committed to elevating the professional standing of technicians and to achieving progressive improvements in the wages, benefits, and working conditions of the skilled craftsmen and women it represents.
AMFA was created in 1962 but did not represent any carrier until 1964 at Ozark Airlines. It later represented Pacific Airlines, Airlift International, Hughes Airwest, and Southern Airways. AMFA organized the non-union mechanics and related at United Express (ACA), Mesaba Airlines (Northwest Airlink) and American Trans Air (ATA), and now AMFA represents Alaska, Northwest, Southwest and Horizon Airlines technicians and related personnel. AMFA has a pending election at United Airlines and has very strong organizing drives at American, Continental, Delta Airlines and US Airways. In thirty years AMFA has never accepted concessions, give-backs, two-tier pay scales, or "B" rate mechanics. One reason for this is that the local airline representatives, who are well-acquainted with their airline''s problems, are at the bargaining table with the national officers. AMFA also believes in having its members attend and observe contract negotiations. Although this is considered by many to be a novel idea, AMFA has been doing this in negotiations for years, and it has helped both sides to understand the problems and issues that must be resolved at the bargaining table.
Goal... To have all airline technicians and related employees under the AMFA "umbrella."
Mission... To raise the standards of and increase recognition of the technician and related class or craft for the protection of the profession. To afford protection for AMFA members before government agencies and expand the education of members'' rights and privileges before Congress whenever it pertains to the craft.
Contract Negotiations... AMFA hires professionals at the bargaining table to present and utilize the particular expertise. For example, in economic areas AMFA hires a financial expert; in the pension and welfare areas we hire a pension actuary. The contract language is reviewed by AMFA''s legal counsel before presenting it to the company. During the course of negotiations, AMFA''s legal counsel is present at the table or available by phone or fax, depending upon the need. Members can observe negotiations on their days off, which educates the membership and furthers understanding of what it takes to negotiate a contract.
When a contract is submitted to AMFA-represented technician and related members for a vote, the total package is presented. It is not merely a summary or highlights sheet.
Dues... AMFA dues are two times your base rate of pay, excluding differentials and premiums. For example, if your base pay is $20 per hour, your monthly dues are $40. Dues include representation by a lawyer for a member in arbitration and before the FAA. AMFA also has a $500 fine protection program to offset the cost of a fine.
Structure... AMFA has proven to be the only democratic organization for technical aviation professionals. Through local autonomy the members control all aspects of their union. AMFA is the most democratic union in the airline industry. All officers, from Shop Representative to the National Director, are elected by secret ballot and can be recalled by the Membership. Safety & Standards is an integral part of our constitution, covering all members, and is not relegated to a "committee."
-Membership... Technicians and related members vote on all major issues including contract ratification, letters of agreement, amendments to Local By-laws, and the AMFA Constitution. They also have the authority to elect and recall all AMFA officers.
-Locals... Local Officers and Representatives are elected by the Membership and can be recalled by the Membership. A petition signed by 25 percent of the members begins the recall procedure.
[SIZE= 12pt]-National[/SIZE][SIZE= 12pt]... The National Office assists the Locals throughout the system. The National Executive Committee hires professionals to provide CPA accounting, legal representation, labor relations advice, insurance/pension actuaries, and headquarters administration. National officers oversee these professionals and report to the Membership. Candidates for national office need the endorsement of only one Local to have his or her name placed on the ballot. National officers are subject to the same recall procedures as Local officials.[/SIZE][SIZE= 12pt] [/SIZE]
C

This is what you can expect if you sign a Card!


AMFA claims that it can represent Technicians and Cleaners better than â€œindustrial unionsâ€￾ like the TWU/IAm because it is not interested in representing other airline classifications. However, the facts show that the same people controlling AMFA, unelected National Administrator Kevin McCormick and unremovable attorney Lee Seham, view Technicians and Cleaners as just a small part of a much bigger scheme that is all about money â€“ your money!
A Few Divisions of the Seham and McCormick Corporation
Technicians and Cleaners: Aircraft Mechanic Fraternal Association (AMFA)
Address:
67 Water Street (McCormick Corporate Headquarters)
Suite 208 A â€“
Laconia, NH 03246
www.amfanatl.org/Pages/12_Contacts/Contacts2.html

Are you running out of material? You are starting to repeat your lies!
T

For all you AMFA supporters, read the following link:

For all you AMFA supporters, read the following link:
http://www.amfanuts.com/ozark.htm

AMFA is definitely involved in politics...shady politics. Now with a PAC treasurer, Tom Datwyler, under investigation by the FBI and cited by the the FEC for campaign finance ethics violations.. You have to hand it to them. They sure are unconventional. Wonder what their members think.

How activist Princess Blanding got a boost from a GOP operative

A mysterious group that spent more than $60,000 promoting third-party candidate Princess Blanding in Virginia’s closely contested governor’s race is connected to a longtime GOP operative, but Virginia's lax disclosure laws mean we may never know all the details.

JimmyBop said:
AMFA is definitely involved in politics...shady politics. Now with a PAC treasurer, Tom Datwyler, under investigation by the FBI and cited by the the FEC for campaign finance ethics violations.. You have to hand it to them. They sure are unconventional. Wonder what their members think.

How activist Princess Blanding got a boost from a GOP operative

A mysterious group that spent more than $60,000 promoting third-party candidate Princess Blanding in Virginia’s closely contested governor’s race is connected to a longtime GOP operative, but Virginia's lax disclosure laws mean we may never know all the details.

And? They just started a PAC. Took 'em a while. And the person handling the dues money is being investigated today.
Who cares when the thread started? You obviously are still paying attention.
S

swamt said:
Yup. It's all they got, speaks volumes...
Click to expand...

Nothing to say about Datwyler overseeing your PAC monies?
J

Interesting that AMFA's PAC treasurer is always associated with "shady" and "mysterious" dealings. And he never has a comment. 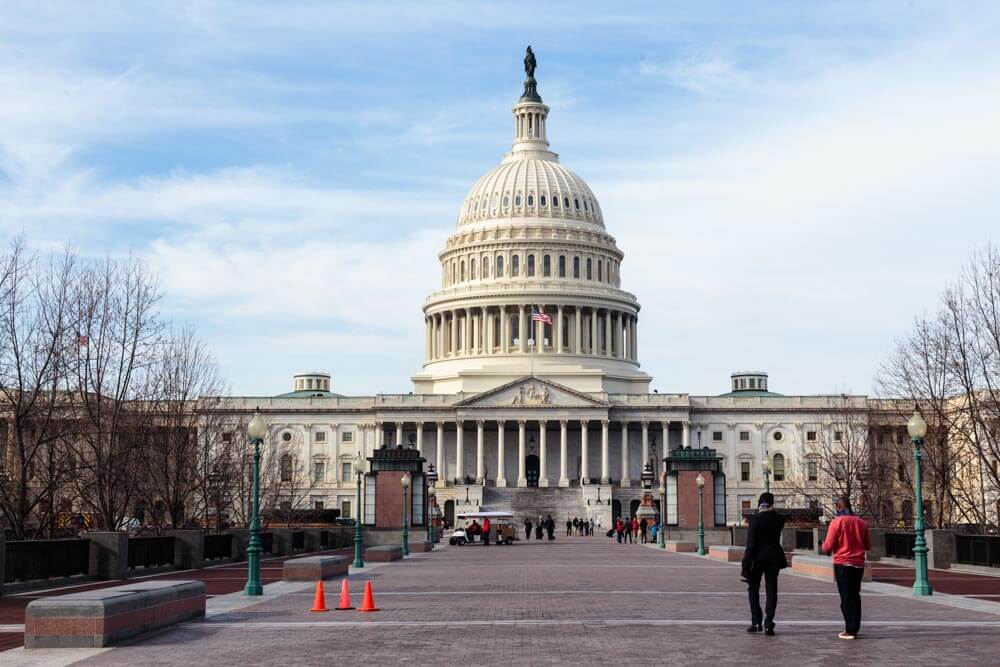 JimmyBop said:
Interesting that AMFA's PAC treasurer is always associated with "shady" and "mysterious" dealings. And he never has a comment.

Yes AMFA absolutely is involved in Politics. Here are the two Democrats that they made contributions to right here along with how much money. 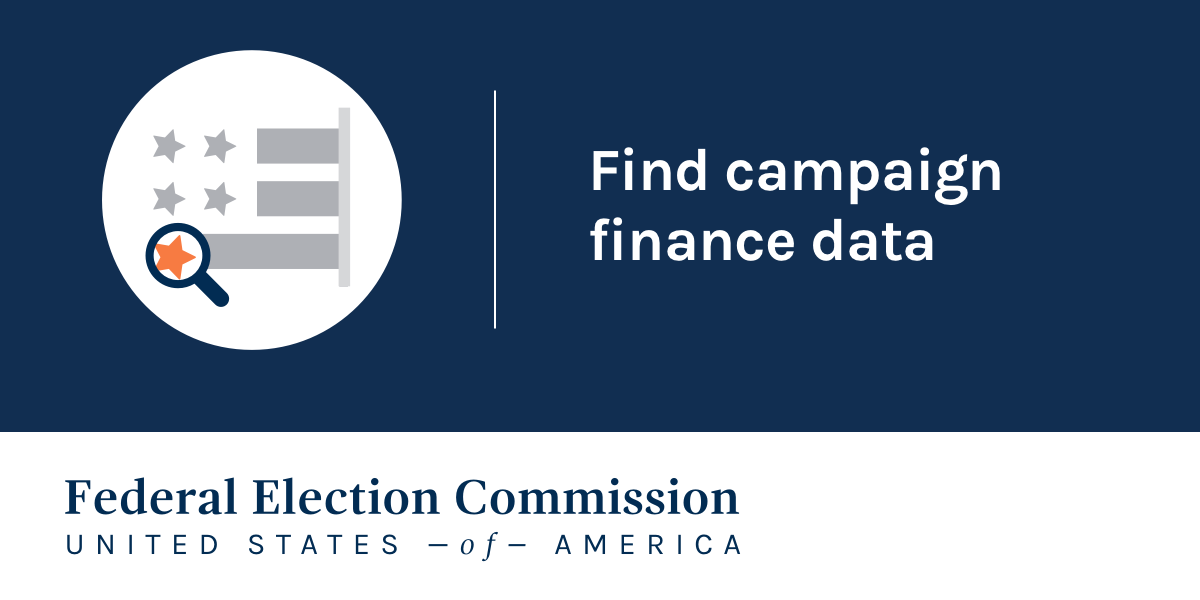 Explore current and historic federal campaign finance data on the new fec.gov. Look at totals and trends, and see how candidates and committees raise and spend money. When you find what you need, export results and save custom links.

They gave PAC money to Schumer this year?
No different than the rest!
J

Hearing that AMFA's Government Affairs Director flipped and is now working for Airlines4America, the airlines' biggest lobbyist group in DC who clashes with aviation unions more often than not. Maybe it was the filing of all the national officers as "retired" with the FEC that said "i better get out of here!"
You must log in or register to reply here.

American Airlines Apr 14, 2013
Bob Owens
B
W
Is It Time To Stand-up And Tell Amfa And Twu!